This month, I had quite the time trying out the Insta-Famous Pony-O hair tie!

My friend Kate slid into my DM’s one day requesting that I try this brand new device that seemed to quite literally reinvent the wheel, for long hair.

Given it’s relatively cheap price, for what it claims to do, I was intrigued. $19.95 for 2 “Pony-O” hair ties promised to give you a fuller and perkier pony all while preserving your locks and never giving them a crease.

I ordered the “Ginger” colored original tie and it definitely matched my hair well! 👇🏻

The learning curve for this little guy isn’t too steep, but it is definitely a different approach to putting your hair in a pony. The band is not stretchy, whatsoever. Instead of wrapping it multiple times around your hair to secure it, you flatten the moldable band and then bend the sides down to form a circle.

After a month of experimenting, here is what I found! 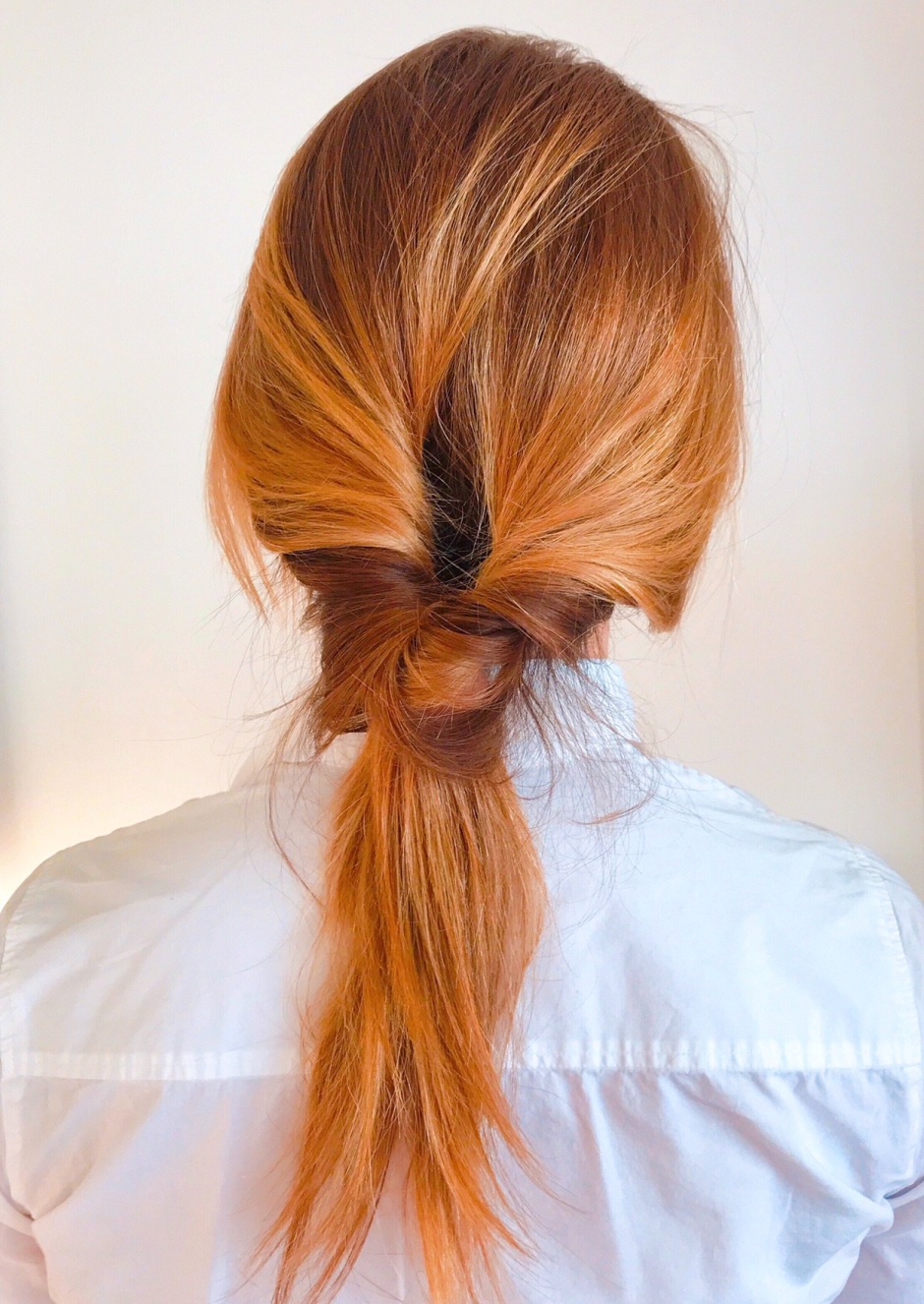 To give you some context, 3 stars means I feel indifferent about this little guy.

I don’t really know what to think. It didn’t personally offend me but if I lost it in a wind storm, life would go on. Having that said, for me, I feel I could commit to this contraption for a solid 2 days out of the month but the other 28, or 29 depending, I need something that is going to keep my hair intact. Though the hype is huge and I really wanted to love it, something in my heart kept saying, “where the f*ck is a rubber band” that could really keep my pony in place.

I hope this helps you on the quest for the perfect mop tamer, but unfortunately for me, it doesn’t stop here.

Thank you for stopping by!

Begin typing your search above and press return to search. Press Esc to cancel.